It's time for you and your friends to organize the next get-together, but each of you has secret preferences about who you like to spend time with and what kind of outings you enjoy, just like in real life.

Spend precious social capital to bid to organize an outing, or hope that someone else organizes an appealing outing you can join—the choice is yours. If something else more interesting comes up afterwards, you can always switch to another gathering, but it'll cost you precious social capital, because why would you cancel at the last minute, you said you'd come bowling with us.

Whatever you do though, don't be too obvious about your preferences, because after the outings are organized you'll move to the gossip phase, where the players attempt to guess each others' preferences. You'll gain social capital by correctly guessing someone's preferences, but lose some whenever someone guesses one of your preferences. It's important to maintain an air of mystery if you want to be popular!

After three rounds of outings and gossip, victory is determined through a combination of accumulated social capital and how much each player enjoyed the outings they went on, based on their preferences.

This current release of the game is a prototype as we work towards a physical, Japanese language release at Game Market this autumn (Tokyo, November 23-24). I'd like to do an English-language physical release as well someday, but I don't have any concrete plans for that yet. I'll also continue to update the print-and-play version here, though it may eventually stop being free.

For now, I would be delighted for anyone to play the game and would love to hear your feedback in the comments or on Twitter. Also, the rulebook definitely needs work because I've done all playtesting so far in person and have just been explaining the rules myself.

If you ask me any rules questions I'll try to respond to them as soon as I can!

Thanks! I'm really excited about working with Nomi on the look and feel leading up to physical release.

I also want to investigate some gameplay changes but first, it's time to make the rounds at board game events for a whole bunch of playtesting♫ 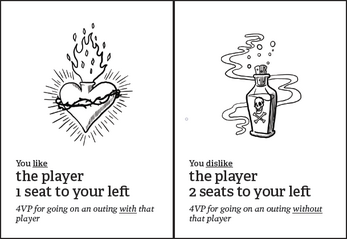 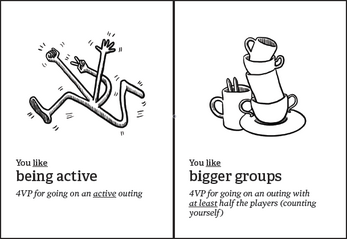 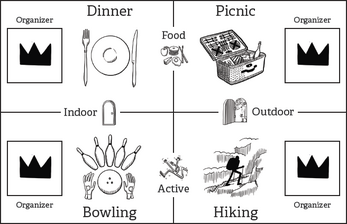